From the 16th to the 19th century, the Schneeberg district was the world's biggest source of cobalt ore, from which the celebrated pigment cobalt blue is obtained. The Siebenschlehen Stamp Mill is among the most important monuments to cobalt mining. It formed part of the Siebenschlehen mine complex, first mentioned in 1495, and was used to process the ore that had been mined.

Pure ore is only present in small proportions; generally, the mined ores had a content of roughly 1% to 20% of utilisable minerals. This proportion had to be increased to close to 100% before it could be sold. The main part of this work was carried out in the stamp mills.
First it was necessary to crush (stamp) the ore to the necessary degree of fineness. The dry, sieved ores were crushed to a size of 3mm to 5 mm and the second-class ores were ground to a fine slurry. In the subsequent sieving process, the dry crushed ores were “washed”. In the stamp mills, "washing" referred to the process of separating the ore from the waste rock. During this wet processing step, the finely stamped slurry was spread out on ore-dressing tables, where the separation of the ore from the waste material took place.

Over the centuries, different types of these dressing tables were developed, with both stationary and mobile equipment. The waste products from the washing process were used commercially in building sand or scouring grit. Originally, the overseer lived in the main building, above the processing room. However, as the living conditions were very poor, a separate overseer's house was built in around 1830. For the further production process of the Stamp Mill, a 600 meter long ditch was built in the valley of Lindenau (original for the Gesellschat Stamp Mill). In 1838 was built the Unterer Lindenauer Teich, a pond, for better regulation of the necessary water. 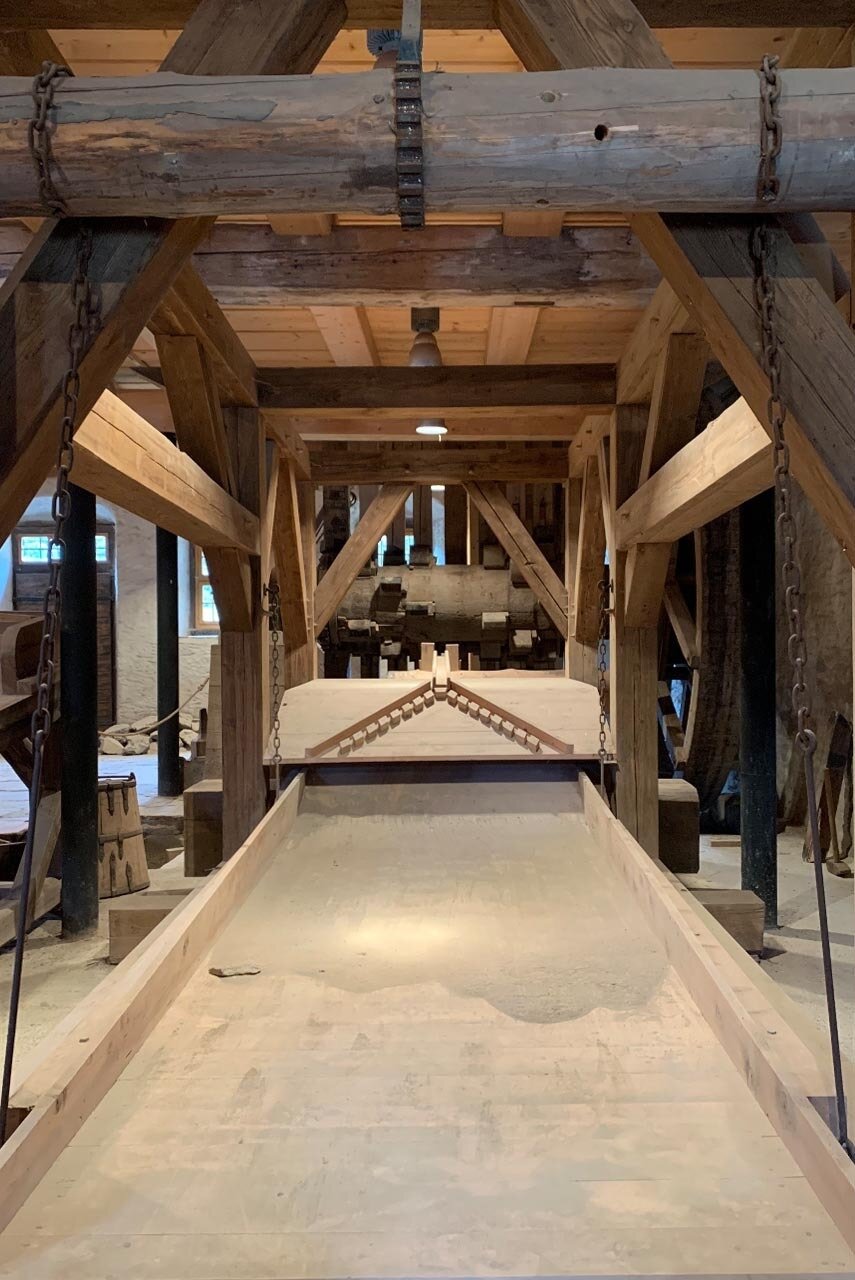 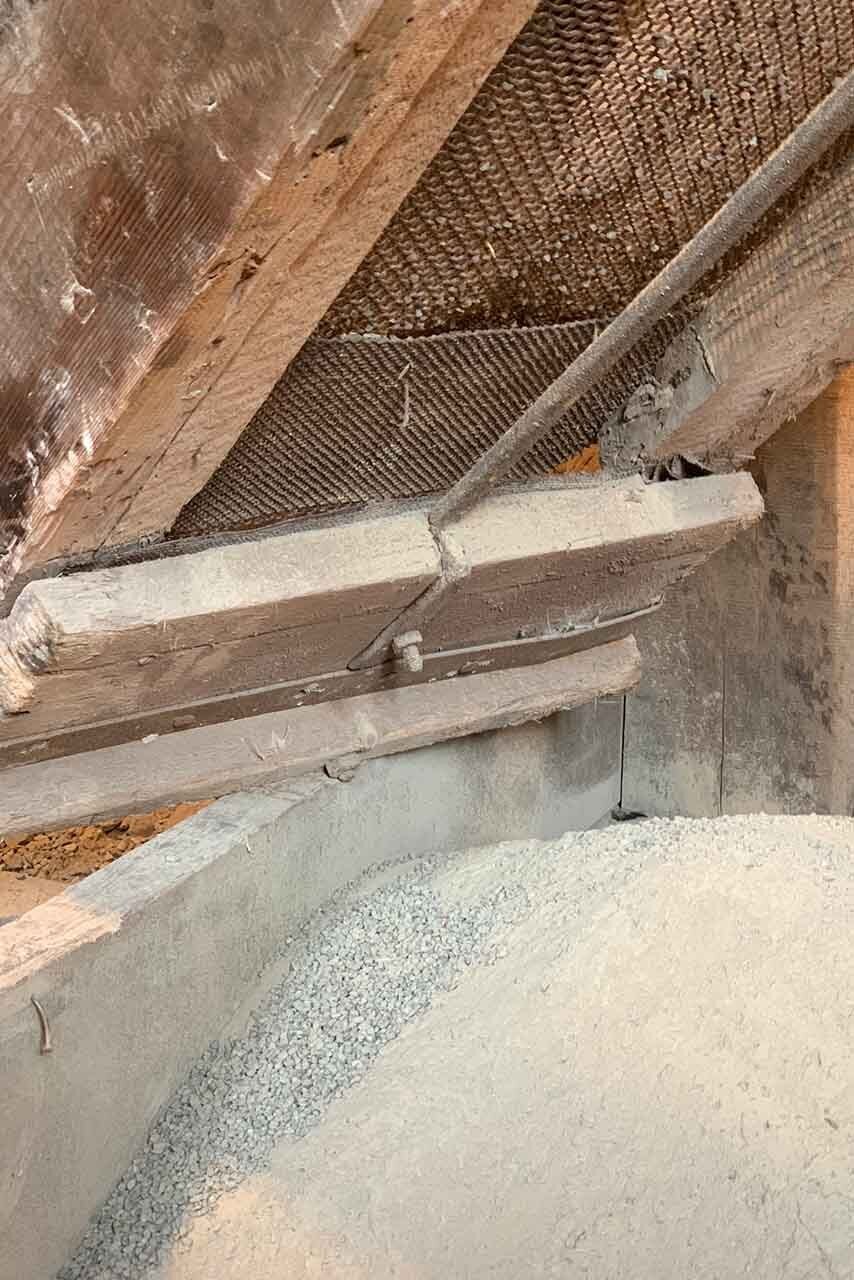 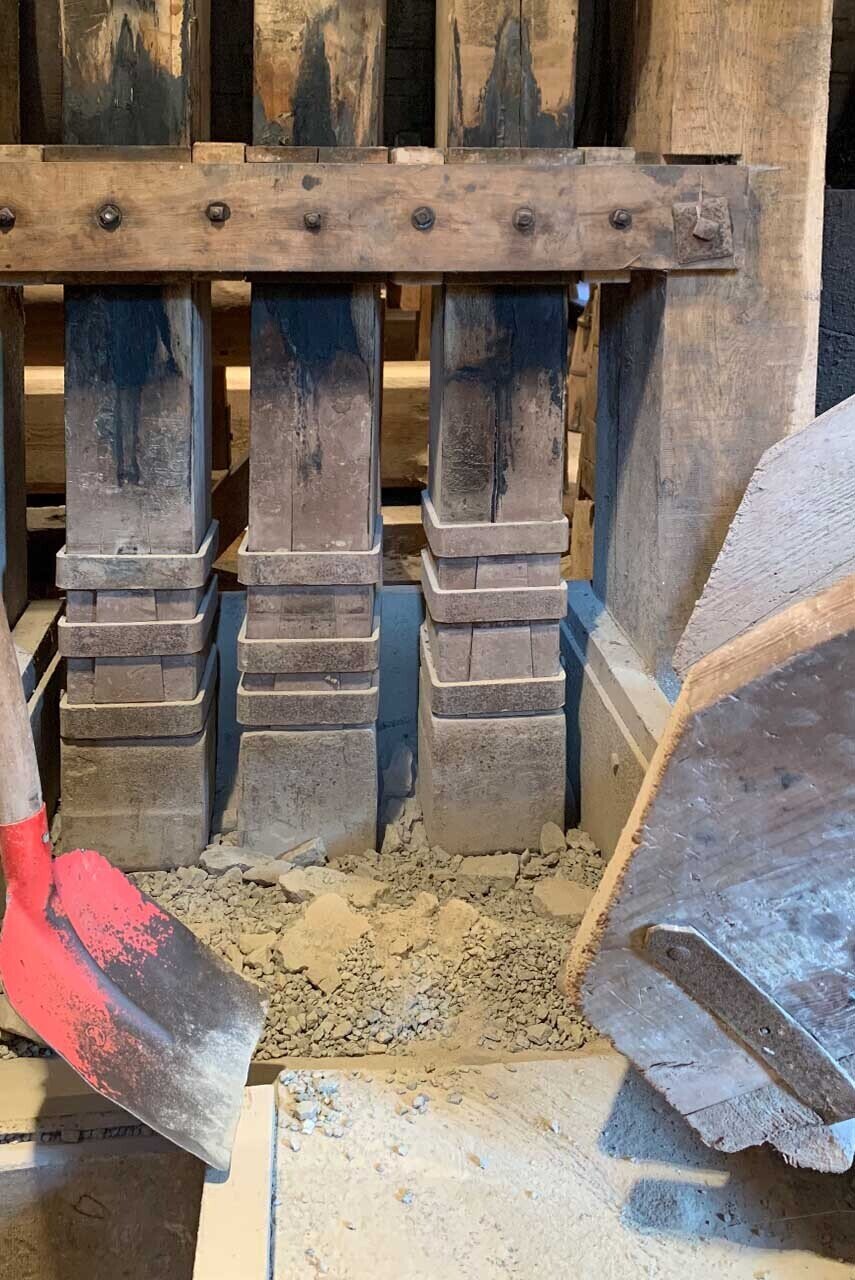